I woke up early this morning thinking about an old friend who is living in a assisted care home today.
Harvey Smith used to say, “I’m not aging …I’m Saging.”
Harvey and his wife Jean came to my church in Lake Saint Louis Missouri on my birthday in 1995 and they have been a gift ever since.
I can’t stop thinking about this guy and his amazing zest for life. He is a wizz at making you feel like there is more to do and more to accomplish.
Harvey would on more than one occasion say, “Steve, we never run out of vision ….we just run out of time.” 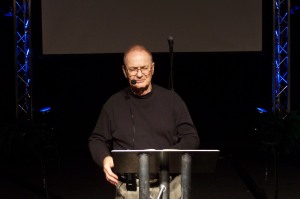 That statement reminds me of a great quote I read by Michael Jordan;
“Even when I’m old and gray, I won’t be able to play it, but I’ll still love the game.”

And another great said it this way; ” Let us not dread old age. Let us grow old graciously since the Lord Himself is with us in fullness of grace. …CH Spurgeon

A challenge to us Baby Boomers

What will it mean to get old to the and still be a fully devoted follower of Christ as a baby boomer in America? It will mean a radical break with the mindset of our peers. Especially a break with the typical consumer dream of retirement. Ralph Winter was the founder of the U. S. Center for World Missions and is in his early eighties, traveling, speaking, and writing wrote an article titled “The Retirement Booby Trap” almost 25 years ago when he was about 60. In it he said,

“Most men don’t die of old age, they die of retirement. I read somewhere that half the men retiring in the state of New York die within two years. Save your life and you’ll lose it. Just like other drugs, other psychological addictions, retirement is a virulent disease, not a blessing. . . . Where in the Bible do they see that? Did Moses retire? Did Paul retire? Peter? John? Do military officers retire in the middle of a war?”

Millions of Christian men and women are finishing their formal careers in their fifties and sixties, and for most of them there will be a good twenty years before their physical and mental powers fail. What will it mean to live those final years for the glory of God? How will we live them in such a way as to show that Christ is our highest Treasure?

King David said it way before Michael Jordan did when he said;
Even when I am old and gray, do not abandon me, O God. Let me live to tell the people of this age what your strength has accomplished, to tell about your power to all who will come. Psalm 71:18

I guess David is saying is that it is his desire to make God look great to the younger generation.

Harvey Smith has sure done that for me and I hope to visit him this June when I visit friends in Missouri. 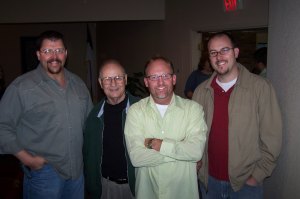 Thank you Harvey for every encourging word and your unending zeal.

2 thoughts on “AGING OR SAGING?”