Really looking forward to our two session seminar at Embry-Riddle University that starts next week.

SOME QUESTIONS IN LIFE CANNOT BE ANSWERED BY

Have questions or doubts? Wonder if anyone really has answers…Or if it’s all about asking the right questions? Wondering if questioning the way things are is even ok?

We all ask ourselves these basic, but crucial questions. And the answers you’ve heard can change depending on who you ask. What things about life and the way the world works and our future can we actually know?

For two weeks we’re going to spend some time looking at how the Bible tackles some of these poignant and important questions. Can God’s story and God’s Word be trusted? Start asking questions and come test it out for yourself.

The two sessions will be presented in two formats.

I will be blogging along the way to let you know how this experiment works.

Here is an added photo of our panel people.

The night turned out great!

I love the pictures we are able to capture in life.

These two show the beginning of a brand new chapter of adventure in our family.

It has been absolutley fanastic to have our former youth pastors Jesse amd Missy Quiorz with us this weekend.

Jess and Missy helped us plant the church in Lake Saint Louis and then moved out to Arizona with us in 2003.

They now serve as administrative pastors at World Harvest Church in Columbus Ohio.

Jess helped me this weekend perform my daughters wedding as well as two out of the park messages today at Prescott First Assembly.

Our relationaship with these guys is indiscribable and beyond words.

Brenda and I love them deeply. 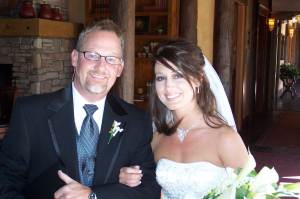 Well, we made it down to the altar with flying colors.

Before I walked Natascha down the isle I looked at her and said, ” Here we go….no eye contact until we get to the front.

It was not easy to hold back the tears of joy that I felt today.

The waves of emotions ran high but everyone did fantastic.

It was great to see our church family come out and celebrate with our family.

Tonight just after leaving the church I called Adam and Natascha on their way to Phoenix and over the phone I heard her say, “Thanks dad….that was awsome.”

WHAT A BEAUTIFUL DAY.

Thank you God for such a great daughter and new son-in-law.

A wife of noble character who can find?
She is worth far more than rubies. Proverbs 31:10 (niv) 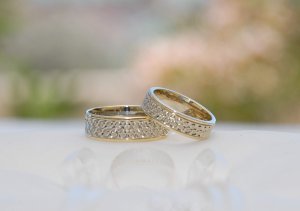 Everything is about ready for my daughter’s wedding day this Saturday.

The tuxes are arriving tonight, the limo is scheduled, the reception hall has been decorated, the honeymoon trip to Hawaii is booked and finalized, Natascha’s youth pastor and his family have arrived from Ohio to help with the ceremony, and many other guest from all over the Nation are here in Prescott Arizona to celebrate with us this marriage, the marriage license sits on the desk in my office for me to sign.

It doesn’t seem possible that this weekend is here, but it is.

I am so honored to have such a great daughter to give away to a great son in law this Saturday.

Wow, how time goes by. by so quickly.

This is one of my favorite pictures of my little girl. 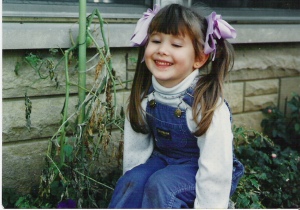 I will try to blog more about the weekend as it comes. 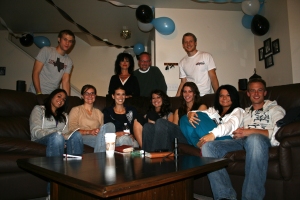 My youth pastor had it right when he said;

“It easier to build boys and girls than it is to repair men and women.” – Bill Wilson

Our college small group was awesome tonight. The room was full of possiblilty and opportunity for the future.

We are going through the book Chasing Daylight by Erwin Mcmanus.

This age group is full of life and expectancy with a touch of reserve and caution but still they are full of faith.

“Your faithfulness endures to all GENERATIONS”. Psalm 119:90

I love that scripture.

I think the key is the “with God” part.

That little preposition. “with” is the greek word παρά (para). It means to be beside, near or in close proximity.

This morning in my time of prayer it was like the Holy Spirit spoke to me and said the most important thing is not just the mission, but having a nearness to God in the mission.

Proximity is a place of nearness.

Whenever we take on a God – sized challenge, proximity to God is not optional.

With God all things are possible.

I love being with GEN-XRS on the on the dirt for a mountain bike experience.

These are two 20 somethings from the ministry that love to get out on the single track whenever possible.

Chase and Josh did a great job and they are the new generation of riders that will take the sport to a whole new level I’m sure. 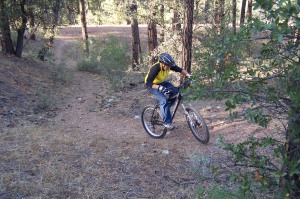 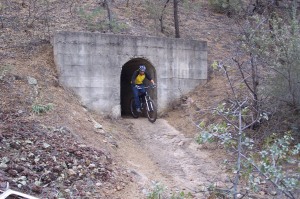 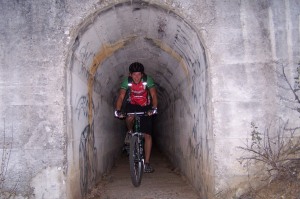 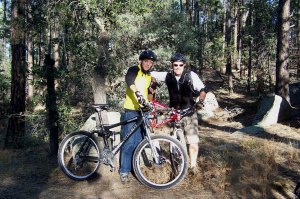 Even when I am old and gray,
do not forsake me, O God,
till I declare your power to the next generation,
your might to all who are to come. Psalm 71:18 (niv) 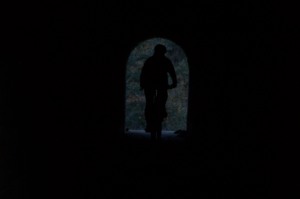 I just am amused at the gap in political poll results between the right wing media and the left wing media.

The CBS poll compared to the FOX news polls can really show you who they are talking to.

Looks like each one is polling people in their own office buildings.

No matter what the talking heads say, I find wisdom and truth where it has always been.

Anyone  feeling a little  vunerable or uncertain about our culture?

I heard a commentator the other day say something that I think connected with a lot of people.

He said, ” “we are in uncharted territory as a Nation.”

Yesterday as a Nation, we celebrated a National holiday in memory of Christopher Columbus.

TERRA INCOGNITO – Cartographers used to write terra incognito on the edge of medieval maps. A few brave souls sailed off the map into uncharted waters and discovered a new world. Terra incognito is the Latin term for “unknown land”, used in cartography for regions that have not been mapped or documented. The equivalent on French maps would be terres inconnues , and some English maps may show Parts Unknown.Naysayers and doomsdayers believed that if you ventured too far into unknown territory, you would either fall off the edge of the world or run into two-headed dragons. But that didn’t keep Columbus from venturing into uncharted waters”..

I love this quote.

People cannot discover new lands until they have the courage to lose sight of the shore”. – andre gide

So if you are feeling like you have never felt before, it could be that you are discovering something new, something uncharted.

One thing is for sure, Terra incognito keeps life from becoming a bore.

Abraham or anyone elso for that matter who has ever walked in faith lives in Terra Incognito land most of the time.

By faith Abraham ….went out, not knowing where he was going. Hebrews 11:8 (esv)