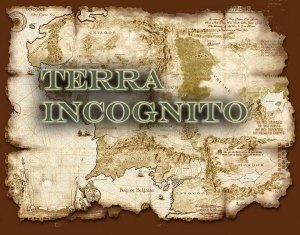 Anyone  feeling a little  vunerable or uncertain about our culture?

I heard a commentator the other day say something that I think connected with a lot of people.

He said, ” “we are in uncharted territory as a Nation.”

Yesterday as a Nation, we celebrated a National holiday in memory of Christopher Columbus.

TERRA INCOGNITO – Cartographers used to write terra incognito on the edge of medieval maps. A few brave souls sailed off the map into uncharted waters and discovered a new world. Terra incognito is the Latin term for “unknown land”, used in cartography for regions that have not been mapped or documented. The equivalent on French maps would be terres inconnues , and some English maps may show Parts Unknown.Naysayers and doomsdayers believed that if you ventured too far into unknown territory, you would either fall off the edge of the world or run into two-headed dragons. But that didn’t keep Columbus from venturing into uncharted waters”..

I love this quote.

People cannot discover new lands until they have the courage to lose sight of the shore”. – andre gide

So if you are feeling like you have never felt before, it could be that you are discovering something new, something uncharted.

One thing is for sure, Terra incognito keeps life from becoming a bore.

Abraham or anyone elso for that matter who has ever walked in faith lives in Terra Incognito land most of the time.

By faith Abraham ….went out, not knowing where he was going. Hebrews 11:8 (esv)