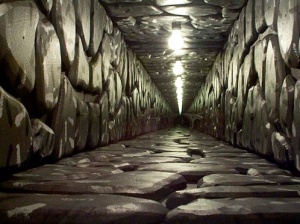 I love the story of the 14th Century Emperor Tamerlane (descendant of Ghangis Kahn) was badly defeated in battle. As he lay hidden in a barn, enemy troops scoured the countryside looking for him. Suddenly he noticed an ant trying to push a kernel of corn that was many times bigger than he, up over a wall. Sixty-nine times the ant tried and failed, but on the seventieth attempt he succeeded. Leaping to his feet, Tamerlane said, “If you can do it, I can too.” That day he changed his outlook, reorganized his forces, went back and soundly defeated the enemy.
If you’re under attack at the moment, listen to the words of Joab  in 2 Samuel 10:12 , “Be strong and let us fight bravely for…the Lord will do what is good.” Joab knew that if you do your part, God will do His. So keep fighting! As long as you’re on the battlefield God can give you victory. But if you turn and run, what more can He do for you?

Today as you face your difficulties keep these 7 things clearly in mind.
(1) Never give up when you know you’re right.
(2) Believe that all things work together for good, if you just persevere.
(3) Don’t let the odds discourage you; God’s bigger than all of them.
(4) Never let anyone intimidate you or deter you from your goals.
(5) Fight and overcome every limitation.
(6) Remember, every winner has dealt with defeat and adversity.
(7) Keep trying, confident that in God’s strength you’ll surely succeed.

I love this quote by Lance Armstrong;  “Pain is temporary – quitting is forever”

Don’t quit while you are in the pit. 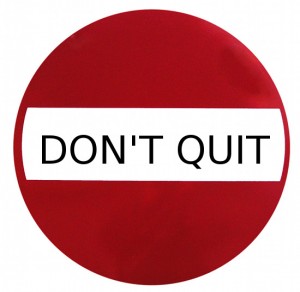