I have decided to post some pics at the end of each month of our two golden’s over the next year on this blog.

Here are the photos for the month of May. 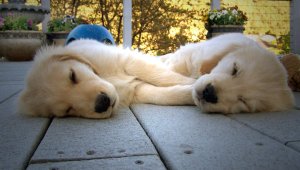 Lewis on the left and Clark to the right. 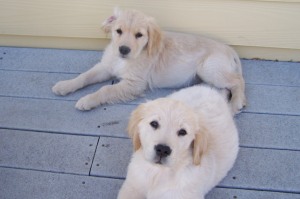 Lewis in the back Clark up front. 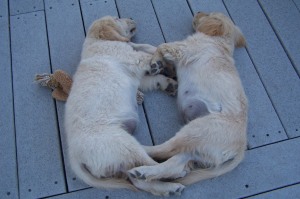 Lewis in the back – Clark up front.

Clark in the back – Lewis up front.

Lewis before pick up at the breeders. Early May 2010. 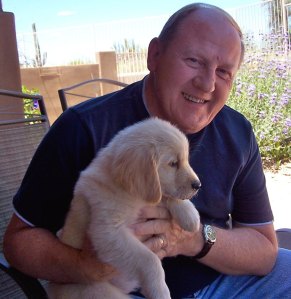 Picking up Clark @ Windsor’s in Mesa

Lewis in the back and Clark goin for it in Bren’s flowers.

The last four days of having two puppies as been pretty good. They are getting adjusted to each other. Our rescue Golden Bella is doing amazing and she seems to understand what is going on in our lives right now.

Really happy we got two.