Just a brief scan of today’s top headlines can give humanity a major headache.

Reading some of them this morning really makes me think we are living in the end times. but having a biblical world view takes some of the confusion out of the mix.

– school massacre in western Finland, eight women and two men were killed by the 22-year-old gunman.

– Speaking before the United Nations Assembly, Iranian President Mahmoud Ahmadinejad said the “American empire in the world is reaching the end of its road.”

– US Government is rushing through a $700 Billion package to stabilize the failing financial giants.

– “Israel Asks US for Arms, Air Corridor to Attack Iran”. 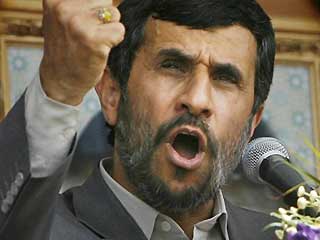 Seems like there are millions of frustrated angry people on the globe today. I wonder if it because God has designed life to not work without him?

Nation will rise up in arms against nation, and kingdom against kingdom. There will be earthquakes and famines in various places. These things are only the beginning of the birth pains.” Mark 13:8