I wanted to revisit this blog because it needs to be revisited.

I love the story of Earnest Shackleton and his crew’s attempt to be the first men to explore and travel across Antartica.

Here is an advertisement he posted in the news paper just before the journey.

In 1914 Ernest Shakleton headed toward the frozen Antartica in a ship called “The Endurance” with 28 crew members, with the purpose of being the first man to cross the massive slab of ice. Everything was going just fine until he actually reached the beginning of his goal. 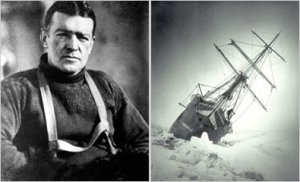 Just on the northwestern side of Antartica disaster confronted the captain and his crew. The expedition was stopped cold when “The Endurance” became fixed and frozen the ice floes. The crew could not get free from the ice, leaving Shackleton and his men trapped on their ship for over a year. When spring arrived they
were still held in the clutches of the frozen waters with…