“More and more, the desire grows in me simply to walk around, greet people,
enter their homes, sit on their doorsteps, play ball, throw water, and be known as
someone who wants to live with them. It is a privilege to have the time to practice
this simple ministry of presence. Still, it is not as simple as it seems.
My own desire to be useful, to do something significant, or to be part of some
impressive project is so strong that soon my time is taken up by meetings,
conferences, study groups, and workshops that prevent me from walking the
streets. It is difficult not to have plans, not to organize people around an urgent
cause, and not to feel that you are working directly for social progress. But I
wonder more and more if the first thing shouldn’t be to know people by name, to
eat and drink with them, to listen to their stories and tell your own, and to let them
know with words, handshakes, and hugs that you do not simply like them, but
truly love them.”
– Henri Nouwen

The Church is God’s Plan

In an essay he wrote fourteen years after his conversion, C.S. Lewis communicates the realization many of us go through:

I thought that I could do it on my own, by retiring to my rooms and reading theology, and I wouldn’t go to the churches. . . But as I went on I saw the great merit of it. I came up against different people of quite different outlooks and different education, and then gradually my conceit just began peeling off. I realized that the hymns (which were just sixth-rate music) were, nevertheless, being sung with devotion and benefit by an old saint in elastic-side boots in the opposite pew, and then you realize that you aren’t fit to clean those boots. It gets you out of your solitary conceit.

Those dirty booted individuals often help remind us of how far we have to go. And maybe we can help them as well.

The church wasn’t an optional idea for a portion of Christians—it’s part of God’s plan for all believers.

I/we/Don need this community called church, even when we don’t know it. 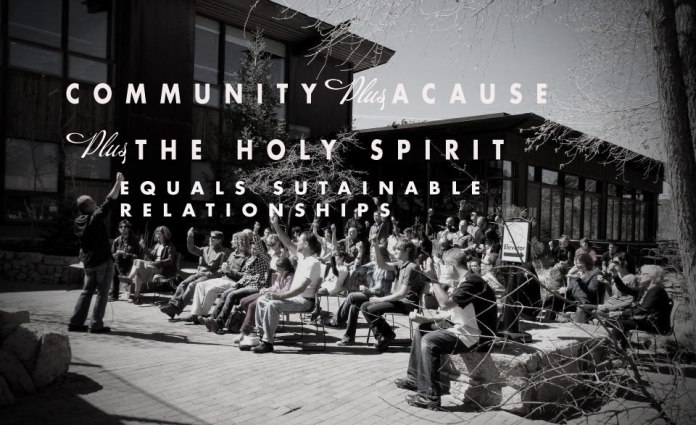