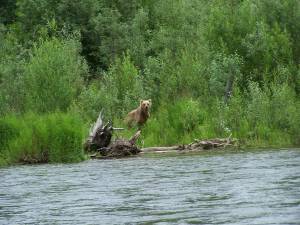 All I can tell you is that the Holitna River in Alaska still flows in my memory to this day.

I witnessed 6 grizzlies in the Alaskan wilderness and all of them where along the Holitna river.

I spent a fantastic week at the Holitna lodge and fished one of the best rivers in the world. 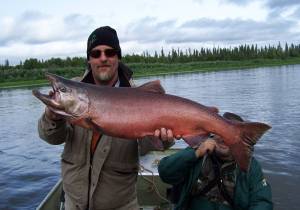 Alaska’s Holitna River is one of the most remote southwest float trip options. Part of Alaska’s second largest drainage, the Kuskokwim drainage, the Holitna supports all five species of Pacific salmon and is the best char fishing river we have ever fished. The char are plentyful and their size and appearance is impressive by any standard. The king fishing is excellent in areas as is the sockeye and chum fishing. The river also has grayling, northern pike and even sheefish at times. One of the least used rivers I have ever floated, it is very likely that you will not see another person on this river system! It is also one of the easiest rivers I have ever floated and seems to have endless large gravel bars making for virtually unlimited camping opportunities.

We landed a small plane with our gear on a gravel bar on the upper Holitna and camped for two days and nights. 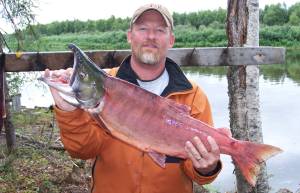 Special thanks to Rocky Mclveen of Alaskan Adventures for a great adventure and to my good friend Steve Parisi for the trip of a life time.

This is my last “Liquid History” post….but not my last day on a river. 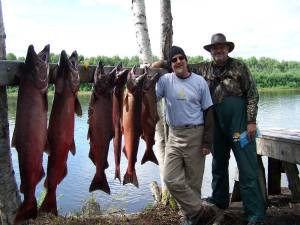