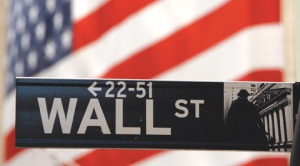 It hard to comprehend something as large as $700 billion dollars in terms of coin.

So let’s look at it in terms of time to see how big 700 billion really is.

If we would measure every dollar as being equal to a second here is what it would look like.

That is one big bailout!

Bailout in economics and finance is a term used to describe a situation where a bankrupt or nearly bankrupt entity, such as a corporation or a bank, is given a fresh injection of liquidity, in order to meet its short term obligations.  Often a bailout is in response to a short term cash flow crunch, where an entity with illiquid, but sufficient, assets is given funds to “tide it over” until short term problems are resolved. However, often bailouts are merely delaying the inevitable. (wikipedia)

“Without wise leadership, a nation falls; there is safety in having many advisers. There’s danger in putting up security for a stranger’s debt;it’s safer not to guarantee another person’s debt.” Proverbs 11:14,15 (nlt)

I am praying for wise leadership today.