Tonight, I did my usual bike ride through the forest after work.  I usually run into a few people along the way and sometimes we talk but most of the time we just do the “woods wave” and move on.

Tonight, the guy I came across was a person that I occasionally stop and talk to for a few minutes and this evening was no different.

I was sorry to hear that he had lost his long time companion and dog that I usually see him walking with.

He also claimed that “Satan is God’s hit man and Jesus is God’s con man.”

Our conversation ended with me looking at his 45 caliber hand gun on his hip while he expressed he was “fine with burning in a lake of fire for all of eternity”….that was “just fine with him” he said.

My thought was, I hope he doesn’t take his 45 caliber anger toward God on me because I am a minister. ( I did survive).

It seemed to me that he was going to attempt to pay God back for “letting him down his whole life” by hating God as much as he possibly could for the rest of his life.

Wow, dog dies and God is at fault. While he is going off on God and on about his hate for God, I’m thinking, dogs, cats, and bunches of other animals as well as thousands of humans die every hour on the globe. In fact, About 250,000 – 300,000 people die per day.

I know this is a negative and some what morbid blog but there are tons of God haters walking around us everyday and we need to be aware of that.

I have learned that when I cross paths with a God hater it is crucial to not cast judgment but rather just listen. To not be offended but to offer kindness. To not attempt to defend God, but to show God’s love to the unlovely. 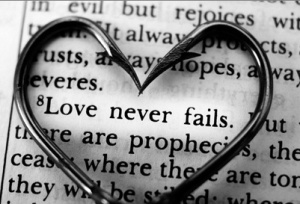 I am sorry the man lost his pet to death this week. That is a difficult thing for most of us who love our pets.

The fact is though, death comes to us all not as a cruel joke by God but as just part of life. Death is the beginning of eternal life.

“It is appointed unto men once to die, but after this the judgment” Hebrews 9:27.

Today’s chance meeting taught me some things about my self.

1. Pain comes to others not just me.

2. Suffering and loss can shape me to become bitter or better.

3. Loss of family and friends in this life is tough but encourages me to love God not to hate him.

4. We can get so self consumed in our pain that we can often self destruct.

5. When things go wrong, hating God will not make things get better. Conversely things will most likely get worse by choosing to hate and seek revenge.

Our relationship with others and God can become better and richer if we will just choose to not hate, not harbor bitterness and allow God to show us how to turn hurt into healing and pain into love and joy while we have a living opportunity.

Only God can help us do that. That why we need him so.

He will provide for those who grieve —
He will bestow on them a crown of beauty instead of ashes,
He will give the oil of gladness instead of mourning,
and He will give a garment of praise  instead of a spirit of despair. Isaiah 61:1-3