With all the credit going to Michael Phelps right now I thought I would reach back into my library and pull out a book about another of sports greats.

Lance Armstrong’s journey is one to look into.

Scarred physically and emotionally, Lance Armstrong considered his cancer “a special wake-up call,” one that crystallized for him the blessings of good health, family, friends.

The reasonn I’m reading this a second time is because this book is filled with the nutritional, physical, emotional, and spiritual details of his recovery, It’s Not About the Bike follows the amazing journey of one of America’s greatest athletes to a singularly inspiring appreciation of life lived to the fullest.

A must read for anyone going through challenges.

Now that Mr. cast is off my right leg I can start some bike therapy.

This morning I am really excited because I set up a bike trainer some friends  let me borrow for the next month or so.

Steve and Cindy over at Highgear Bikes have always been willing to do what ever it takes to help people in our community. Yesterday they provided me with one of their personal top of the line indoor bike trainers.

I have know  these awesome people for about five years and about a year ago it was a great joy for me  to perform their marriage ceremony up in Jerome. 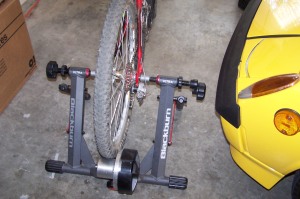 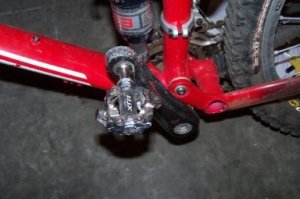 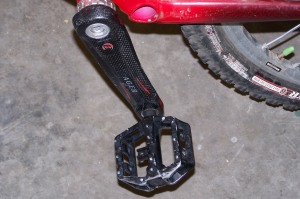 Thanks Steve and Cindy of Highgear Bikes  for the help.

Can’t wait to get back on the bike.

Last weekend we started into our “Let’s Get Legit” questions portion at the church.

It was really great to watch our church get involed in this experiement.

Here are the questios we attempted to tackle last weekend.

1. If a Christian is walking the “straight and narrow” and serving the Lord, yet they have a fight with someone and are angry when Jesus returns, do they go to Heaven?

2. If someone accepts Christ, but continues to live in sin are they truly saved?

3. Why did God/Jesus show himself visibly so readily in the Bible-yet not in our times? He desires to know us, but doesn’t let us see him. It’s like the people in the Bible had an advantage. Why did he leave the scene?

4. If God says do not murder as a commandment, where does war come in? There is war in the bible. Does the bible contradict itself?

5. In Genesis 29 Jacob marries Rachel & Leah. Solomon had 100’s of wives, and in other examples polygamy is a regular practice. So why is it not ok now? Was it ever ok? Why would God condone it by putting it in the Bible?

6. My niece says that when she went to receive the baptism of the Holy Spirit, she started cursing…why?

7.  If God forgives us, how do we learn to forgive ourselves of all the wrong choices we’ve made in the past, when it hurt family and kids?

The group on the pannel did a great job last week.

Our plan it to take this up to another level this week. The questions that came in are difficult but I know God has an answer for everyone’s honest legitimate questions.
Here is what we are diving into this weekend.
1. Why does God allow children to be abused, raped, beaten, and all else? That child didn’t have a choice.

2. Why are we taught to be selfless but to worship a selfish and jealous God?

4. If you committ suicide do you go to heaven or hell?

As you can see, we have our work cut out for us this week. Pray with us that God will no only help people’s faith but do some massive inner healing as well.

A personal favorite picture for me is this pic of Lance doing a Hike a Bike up the Cobra climb….Now I feel better about the Hike a Bike sections of the Whiskey Off Road here in Prescott. 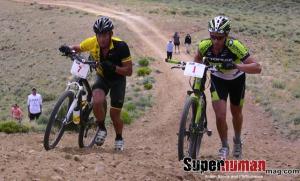 Hope to attend this event someday

This is just a quick ankle update.

Yesterday Mary Beth who is  Doctor Phluger’s assistant cut the cast off my right leg. When she finished she ask me if I wanted to keep it?

After the doc gave me  the physical therapy options talk I knew I was making progress.

Here is a short list of the progress made yesterday.

1. I Started walking with only one crutch.

2.  Went swimming at our pool for the first time this summer. (wow…pretending to be Michael Phelps was awesome.)

5. Today I will wear a pair of jeans to the office.

For the next few weeks I will become AQUAMAN!

People connections are one of the most important resources we each have.

Think about it just for a moment…. what resources do we have to help us prosper, produce and move forward in this life?

The first one is a “natural”….we call it natural resources its what helps us get the familiar term “GNP” (gross national product) Measures of resources of national income and output are used in economics to estimate the welfare of an economy through totaling the value of goods and services produced in an economy.

Another resource is of the human kind. It the “human resources” that come from people. People who produce with their intelligence , their work ethic and just being a positive force on the globe can make someone a great human resource.

The third resource that is available to us is what I call a “divine resource”.

Here is the “readers digest” version of divine resource. It is God helping us accomplish what could not be done with out Him.

Its doing all you can do and letting God do what only He can do.

I love that. It really helps to know that we have multiple resources within reach to help us become all that God intends us to become.

This week I re-connected with one of the best human resources of my life. I talked with my good friend of 25 years ago.

This is Jim Palmer and his family who came to visit us last summer.

Brenda and Renee at slide rock in Sedona

Our families had a great time at slide rock in Sedona. Our son Caleb is not in this photo because he was in school at the time

Thanks Jim for mentoring me in the “start stages of ministry” you are one of the finest relational resources in my life.

My son Caleb handed me this book today and said……”here dad you will like this.”

I looked at the book and the author is one of my favorites….. Dr. Hugh Ross.

The book is Beyond The Cosmos or “The Extra-Dimensionality Of God”.

So this week I dive into learning about astrophysics. Or should I say I’ll give it my best shot.

In this scientific and devotional book, Hugh Ross explains how phenomena that seem impossible in the four-dimensional world become comprehensible when examined in the context of extra-dimensional reality. He presents what science has learned about extra dimensions and relates these findings to difficult doctrines—the Incarnation, the Atonement, the Trinity, free will and predestination, the new creation, hell, and other issues—that have perplexed believers and unbelievers for centuries.  (taken from reasons web site)

I think it is a really cool stage in my life when my son is suggesting books for me to read….awesome ! 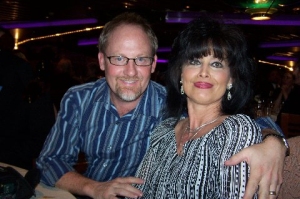 August 9th is a special day for Brenda and I.

28 years ago today I married the best bride on the planet. 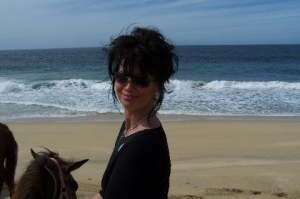 Looking forward to another great 28!

Wactching the 2008 Summer Olymic open ceremonies ….wow! what an LCD screen those guys have.

Would love to have that in the new church building….and they could throw in the hugh scrim they are using at the top of the stadium too.

I think my favorite was watching the 2008 Ancient drums at the beginning of the show.

2008 drummers must have been pretty impressive in the “Birds nest”.

BY THE WAY….G.W.BIKED THE OLYMPIC TRACK.

Though he won’t be racing for the US Olympic Team, US President George W. Bush got to preview the Beijing Olympic course with the Chinese team in November 2005.

By the way he rides a Trek Top Fuel. 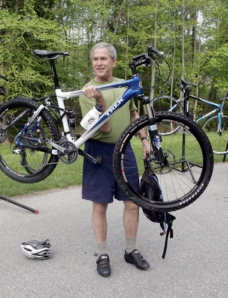 Maybe someday I could get him to come a ride some of our single track here in Prescott.

This is NOT A POLITICAL STATEMENT, I just think its cool he rides a mountain bike.

Brenda and I love football season.

I think it represents kind of a bench mark for us that Fall is around the corner.

We have been fans since the we were youth pastors in Cincinatti at Tri County Assemby of God and watched the Bengals go to the Superbowl back in 1989.

Then we became St. louis Rams fans in St. Louis.

I like what Kurt is doing for the flood victims in Iowa.

check it out at his web site.

By the way….Cards are winning over the Saints right now 10 – 7 at halftime.

Brenda and I are really looking forward to our 28th year of another football season together.